How to Remove Minerals from Water (Known As Deionising or Demineralising) 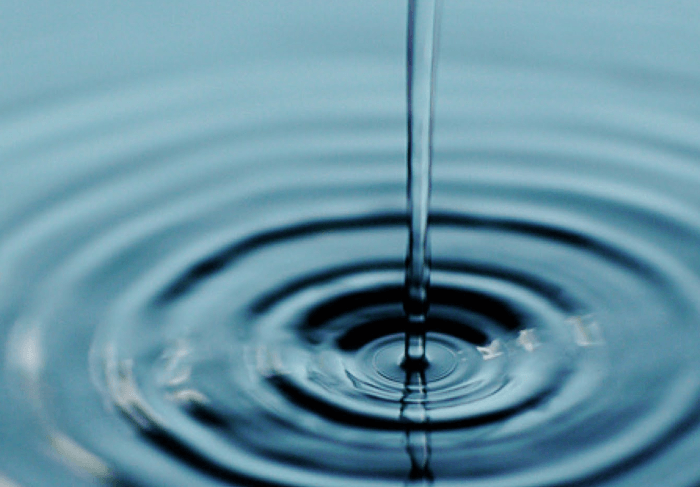 Sodium, potassium, sulphate and chloride are among the many minerals which you may need to be removed as part of your industrial water purification system. The ideal way to remove these and other minerals from your facility’s water is via either deionisation or reverse osmosis.

Also referred to as demineralisation, deionisation involves passing water through two exchange materials. The first exchange material causes the calcium and magnesium ions, as well as any other positive metallic ions to be removed. These ions are then replaced with hydrogen ions.

The second stage involves passing the water through anion exchange material. At this stage, it’s the negative ions that are absorbed into the exchange material, releasing hydroxyl anions in their place.  The result is water that is free of ions. Although this ion-free water still contains both positive hydrogen ions and negative hydroxyl ions, they are combined to form water molecules. The final result is mineral-free water.

Multiple distillation is a method that can be used to remove minerals from water. However, this method is very infrequently used as it has a very high energy and water cost.

How Deionised Water is used

Deionised water can be used for several different industrial processes. From electroplating to pharmaceuticals, and chemicals to leather goods production, the industries in which this water can be used are many and varied.

Just as with any machinery, regular and careful maintenance is key. The disinfection of the system will be crucial in order to prevent the growth of bacteria, viruses, algae and fungi which can render the entire unit useless until it has been examined by a trained microbiologist.

Unlike conventional depth filtration, which involves the perpendicular flow of water to the filter, which then fills with solids over time and requires replacement, reverse osmosis filters minerals via crossflow filtration. In this scenario, water flows not perpendicular to the filter, but parallel to it. The flow of water is induced and directed via the application of pressure, which forces water through the filtration membrane. Water flowing along the membrane that contains rejected ions is known as concentrate.

Reverse osmosis is a unique method of mineral removal due to its ion-level removal of dissolved solids from water. This is accomplished by the pores in the filtration membranes of the system, which are, in actuality tunnel-like structures ranging in size from 1 to 10 angstroms in diameter. This allows the water’s molecular layer to attach to it and prevent the passage of ions through the membrane.

Many new facilities will require a two-pass RO system. In this scenario, water passes through not one, but two membranes. During the initial passage of contaminated water through the first membrane, over 99% of ions are removed, with the remainder being removed when the water passes through the second membrane. Following this, water used for high-pressure applications will usually have to be passed through an electro-deionisation or mixed-bed ion exchange unit before it can be utilised.

The two-pass system offers more than one benefit. It allows for water to be pre-treated prior to going through the system, which removes those small particles that can cause problems with the unit’s operation. This is done by a bag filter or inlet cartridge that is attached to the unit.

Another benefit of this system is its ability to remove CO2 from water. Caustic Soda (NaOH) is injected between pass one and two when the pH of inlet water is at or below seven. This causes existing CO2 to be converted to a dissolved bicarbonate-alkaline to be removed by the second pass.

To ensure the two-pass RO system continues to operate at maximum efficiency, regular cleaning with chemicals like alkaline phosphate and citric acid will be necessary. The system should be cleaned when flow has dropped by 10% or lower from baseline values.

Our Free Guide can make your Choice Easier

If you are still undecided about how to remove minerals from water, our free eBook, “The Complete Guide to Industrial Purified Water Systems” can help. Packed full of top-notch advice from our expert team here at Wychwood, the eBook covers everything you need to know, and is available to download here. Of course, we are always available to speak with you by phone if you wish; just call us on 01993 892211. You can also email us on sales@wychwood-water.com. 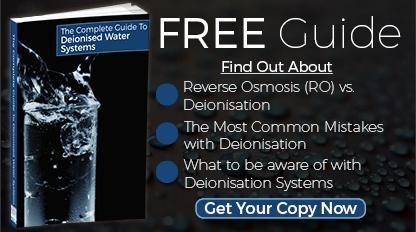